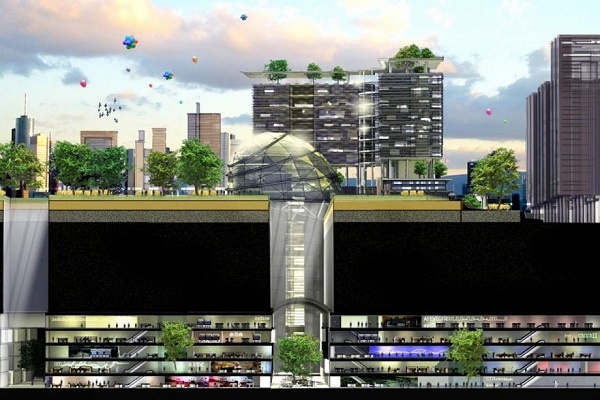 One of the biggest challenges to overcome is convincing people to be comfortable underground. Subterranean living offers an alternative to huge tower blocks and growing populations.

Energy conservation is one of the underground’s big attractions for urban planners. Building underground saves space and power.  Underground is temperate with less variability in temperature, conserves heat, has better drinking water, thanks to fewer contaminants from surface wastewater, and geothermal energy.

As global warming creates an increasingly hostile surface environment, underground might be the safest place. The subsurface beneath our cities can in many ways be vital in supporting the city, from literally being the foundation to mitigating climate change effects and providing new underground spaces to further enhance our cities.

Underground construction is creating sustainable opportunities and approaches to address those realities. And there is a growing recognition that the future should include integrated cities where underground facilities link with infrastructure and make life above ground more enjoyable.

I’d argue that we must start planning for the underground city now.  And here is my idea 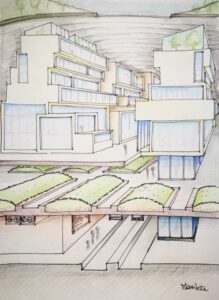 My project is about building many Earthscrapers (an earthscraper is an upside-down skyscraper built underground). There would be some units destined for people to live in, built with strong colored glass and aluminum, downstairs there would be a space for growing and harvesting vegetables. This way all of the citizens would be producing their food. Rain water will be conveyed and used for water the plants.

Under this layer, there would be a railway to secure transports, like a normal metro. This would make it possible for the citizens to move from Earthscraper to Earthscraper easily without them needing to go back to the surface and enter it from there.

The sustainable resources used will be: solar energy, using solar panels built on the earth’s surface; eolic energy, by building turbines; geothermal energy, is the thermal energy generated and stored in the Earth. Lastly, we have Tidal Power, it is harnessed by converting energy from tides.  If we build an Earthscraper in the desert it will be logical to use solar energy, on the other hand if the Earthscraper will be built near the sea we could use tidal power.

I was thinking to split the population in half, half on the Earth’s surface and the other half underground. This way people that don’t want to go underground are not forced to do it.

There are more advantages to constructing underground cities rather than our conventional ones. Innovative urban planners can construct stylish, secure, comfortable, and bright dwellings just as on the land

Above all, the greatest advantage of underground construction is energy efficiency. The subterranean temperature of the earth remains stable; hence the underground living structures can leverage the benefits from geothermal mass and heat exchange. This means, without using any artificial heating and cooling systems, people can feel warmer in the winters and cooler in the summers

Underground construction might seem a complex affair. But learning the ins and outs thoroughly shows that it saves a substantial amount of money when compared to construction on the land. First of all, the material excavated during the process can be used in construction. The need to lay a foundation is completely eliminated which reduces the construction and labor costs while accelerating the process. In the broader context, underground cities can be well protected from fire outbreaks, earthquakes, hurricanes and high winds, hailstorms, etc

Underground cities can blend beautifully with the surrounding ecosystems and have minimal impact on ecology. It doesn’t just provide a safe and sound living to humans with pleasant aesthetics, but even ensures that the maximum habitat is left isolated for wild fauna.

The space left above the ground can be used to grow a lawn or even turned into a mini-farm. Underground construction can significantly reduce the environmental impact of the building by several factors. It can aid in rainwater harvesting and provide natural soundproofing.

In the case of a biological attack during global conflicts, underground structures can be made air-tight. They are also safe from the radioactive fallout of nuclear explosions and other explosive situations.

Some of the primary concerns include: 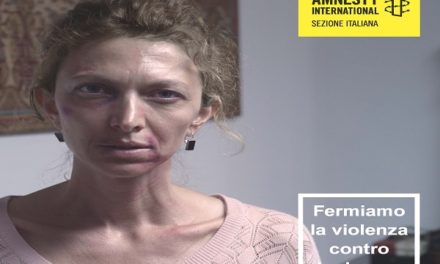 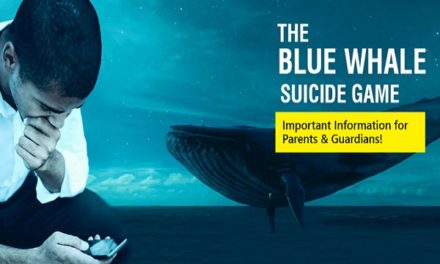 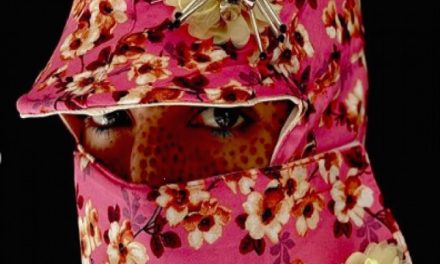 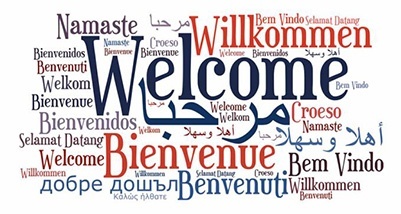 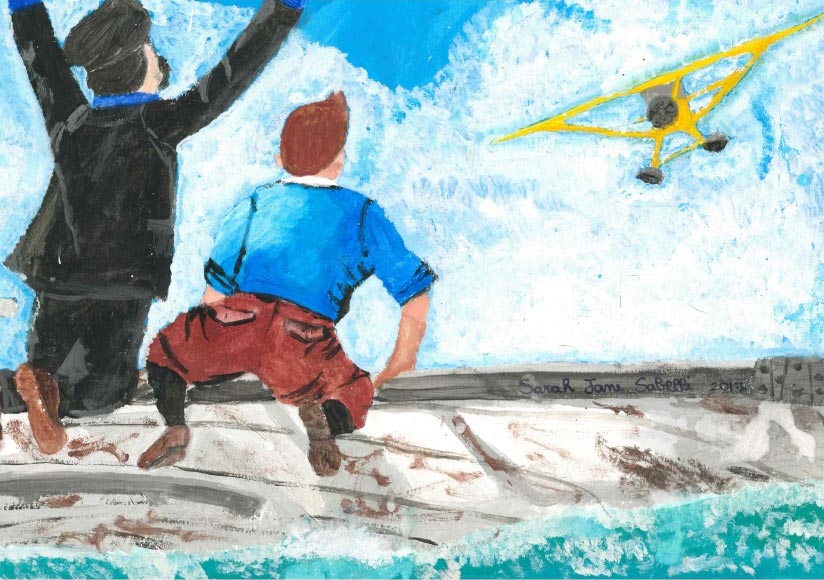 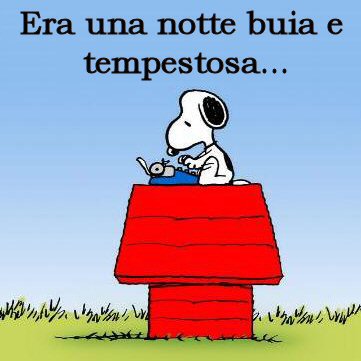 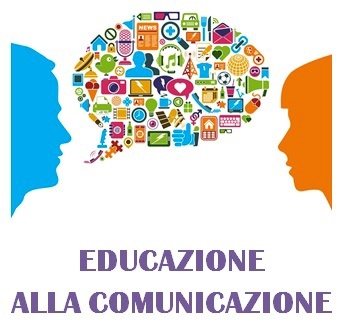 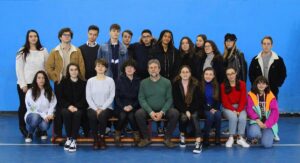